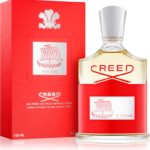 Amouage Beach Hut Women
0 out of 5
( There are no reviews yet. )

By CREED FOR MEN

Viking Cologne by Creed, Colognes should give men an added sense of feeling utterly masculine, and one of the manliest groups of people that have ever existed was the vikings . Viking by creed is a great fragrance for men that came out in 2016. Pink pepper, black currant and bergamot are the top notes. Fruitier notes make up the middle along with rose, salt and driftwood. Sea salt, sandalwood, oak moss and ambergris are the notes at the base. Creed is one of the most luxurious fragrance brands in the world, having got its start way back in 1760. What is even more impressive is that the company continues to be family-operated to this day with the organization currently in its seventh generation. The brand got its start making fragrances commissioned by king george iii. Although the company was founded in london, it moved to paris in the 19th century due to a request from empress eugenie. The brand has been virtually synonymous with royalty throughout the centuries, and it continues to release amazingly crafted fragrances to this day. An equal amount of attention went into the flacon design as the fragrance itself. The orange really stands out on anyone’s boudoir, and it even features the image of a viking ship.

Be the first to review “Creed Viking” Cancel reply